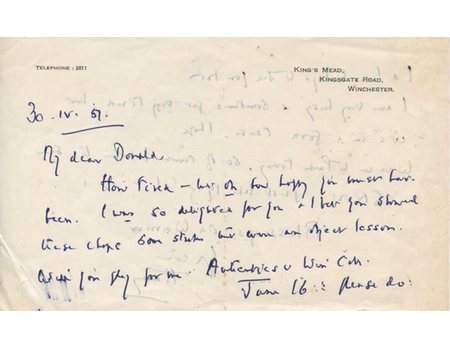 Handwritten letter in ink on headed notepaper, dated 30th April 1951, from Altham to D.J. Knight (Surrey & England), asking him to play for the Authentics against Winchester College. Also refers to Knight's century for an Old England XI against a Warwickshire XI at Edgbaston a few days previous. Knight, who was 57 years old, scored 112 out of 205, coming in at number 5. Finishes "Blessings Old Warrior. Yours Ever, Harry".