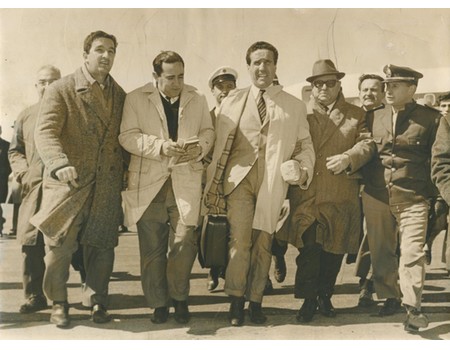 Original football Press photograph of Helenio Herrera, the Argentinian manager of Inter Milan, at the airport flanked by Press, security and other staff. It is good to see that, despite being one of the greatest managers of all time, he is carrying his own suitcase. The photograph was taken on September 11th 1965, the day before playing Vicenza in Serie A - Inter were again Champions that season.