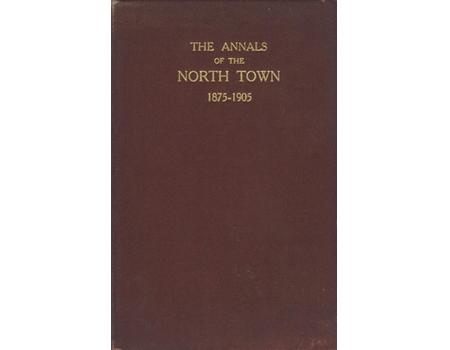 Records of North Town, a boy's house at Clifton College, from 1875 to 1905. In September 1899 a 13 year old boy called A.E.J. Collins joined the house from Clark's House - just three months before this "Boy" Collins had scored 628 not out for Clark's against North Town in a junior cricket match. This was the highest ever recorded innings (until beaten in 2016) and drew enormous media interest at the time. Interestingly, there is no mention of this feat, or the match in question, anywhere in this book. However, once Collins joined North Town in 1899 he flourished in many sports, including cricket, rugby, swimming, boxing (winning a bronze medal in a boxing tournament in Aldershot) and fives. He is mentioned frequently, including achieving fourth place at the R.M.A. Woolwich in 1903. Collins never played first-class cricket and died at the First Battle of Ypres in 1914.