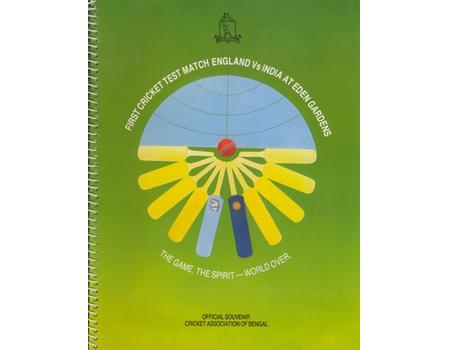 Official souvenir programme for the 1st Test match of England's tour of India in early 1993, played at Eden Gardens on January 29th - February 2nd 1993. India won by 8 wickets in what was Gooch's 100th Test match. The programme seems to have been printed after day one of the match as there are photographs of a silver salver presented to Gooch and of a Press interview with Azharuddin after his first innings century.

4to. Spiral bound. Fine condition throughout.