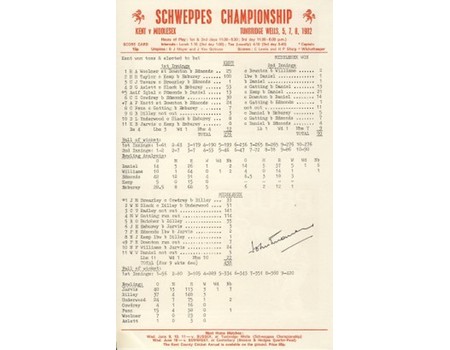 Official cricket scorecard from the game played at Tunbridge Wells, 5-8 June, 1982. Middlesex won by an innings and 72 runs, bowling Kent out for 90 in the second innings. Signed in black ink by John Emburey,  who took 5 wickets in Kent's first innings during which Taylor scored exactly 100. Wayne Daniel had figures of 5-37 in the second. Gatting and Radley both scored centuries for Middlesex.