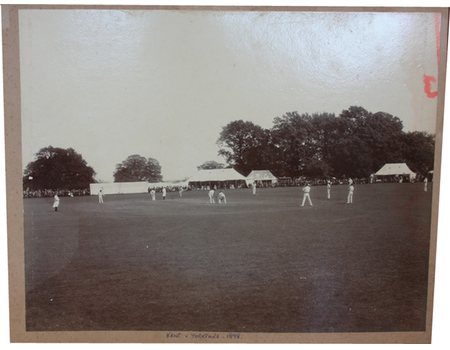 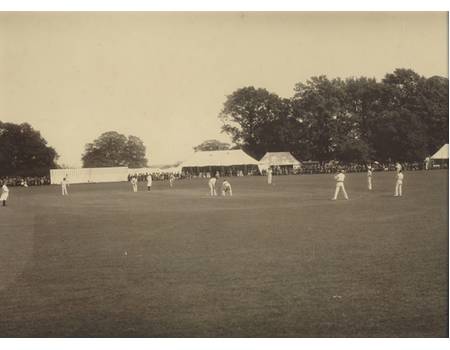 Original sepia photograph of the match in progress between Kent and Yorkshire, played at Mote Park on July 14-16, 1898. Kent scored a famous victory against the great Yorkshire side, winning by 6 wickets after Hirst dropped a vital catch at mid-off.

Overall size 33 x 43cm. Laid down to thick card, which would originally have formed a leaf to a large photograph album. On the reverse is a similar size photograph of the stables at Mote Park. Captioned along the lower border in ink. There has been some liquid damage along the top edge and down the top of the right-hand side, otherwise the image is very clean and bright and would frame  up fantastically well. A great image from the Golden Age of cricket.