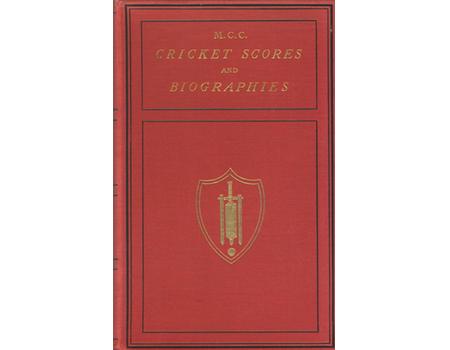 F.S. Ashley-Cooper's 15th volume continuation of Arthur Haygarth's monumental work (a 16th was added by Roger Heavens in 2003). Comprises biographical notes lacking in the original and particularly later volumes. The first four vols published by John Lillywhite, the rest by Longmans for the MCC. A full set of "S&B" is an essential part of any cricket library.