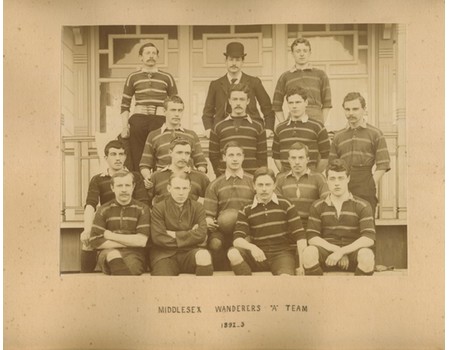 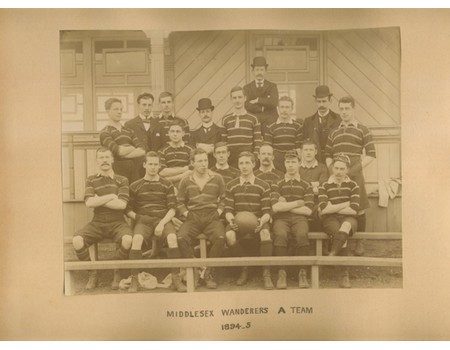 Two original photographs (back to back) of Middlesex Wanderers Rugby Club for the 1891-92 and 1894-95 seasons. Both teams are captained by Charles Alexander Hooper, an original member of the Barbarians who also played for England. Middlesex Wanderers were largely made up of Old Cliftonians - Hooper had been head boy at Clifton College. The club folded at the end of the 1894-95 season and most of the players went on to play for Richmond.

Photographs are 17 x 22cm and 15 x 21cm. Some small chips to edge of mount, not affecting images. Very good condition.