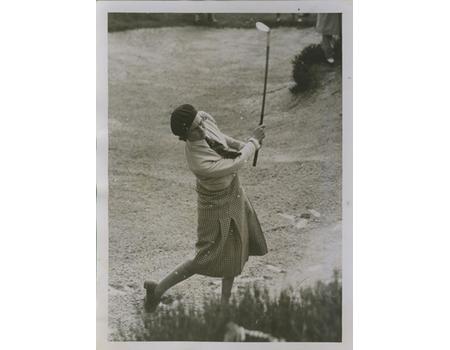 Original Press photograph of Mrs Andrew Holm playing out of a bunker during a match in 1933. The caption on the back refers to the upcoming 1934 British Women's Championship Final at Royal Porthcawl, in which Mrs Holm will be competing.