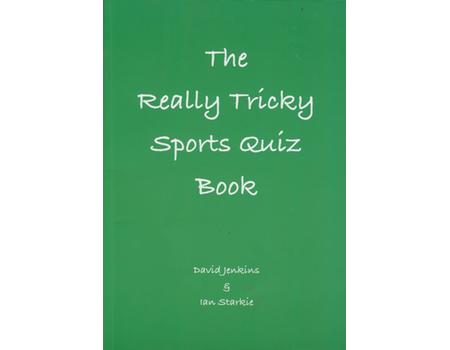 A brilliantly researched sports quiz book with challenging (but fun) rounds on a variety of sports. Try these: Which footballer whose clubs include Chelsea and Stoke City came on as a substitute to replace his father in an international against Estonia in 1996? 5 players appeared in Test matches for England in the 1970s, 1980s and 1990s. Who were they?

Paperback. 8vo. 136pp. Fine condition. All the profits from the sale of this book go to two charities - Stroke Association and Katharine House Hospice.