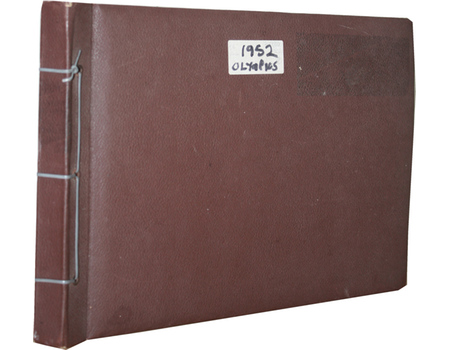 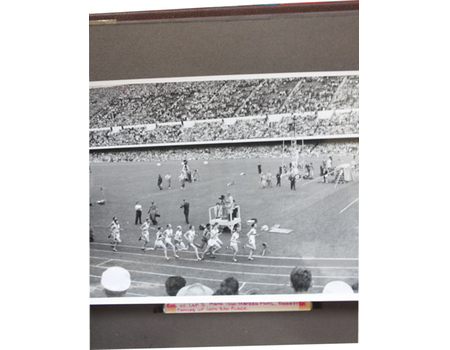 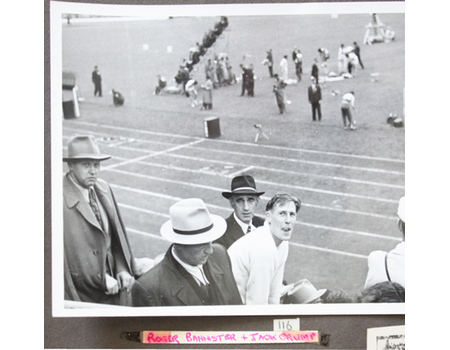 Album of candid photos of the 1952 Summer Olympic Games in Helsinki. Presumably taken by a member of the British Team, most likely supporting staff or an official. There are images of events, mostly track, with some equestrian. The images include Roger Bannister competing in the men's 1500m final (he was placed 4th), men's 100 metres final, Zatopek winning the marathon, women's long jump and most of the relays. Also includes images of the team departing the UK and arriving in Helsinki, the food hall in the athletes' village, tours of Helsinki environs etc. Many taken from the stands, some trackside (the opening ceremony).