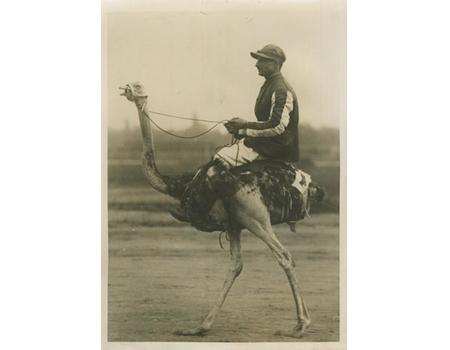 Original Press photograph of the Ostrich "Great Sport" going to the starting post for the Ostrich Derby, held in Prague in the mid 1920s. "Great Sport" went on to win the Derby but it was reported that many others sat down and refused to move, to the amusement of the bewildered crowd. This probably dates from around 1925 (based on other items found with it) but no further details of the occasion have been found.