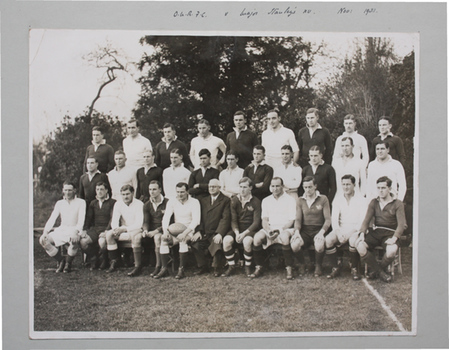 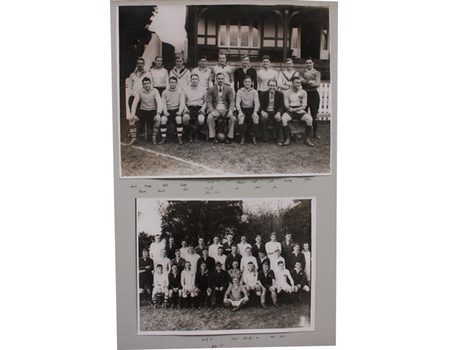 2 heavy card album pages, each 46.5 x 35.5, with 4 photographs laid down to them. Handwritten annotations to album pages including dates and partial legends. Very good.