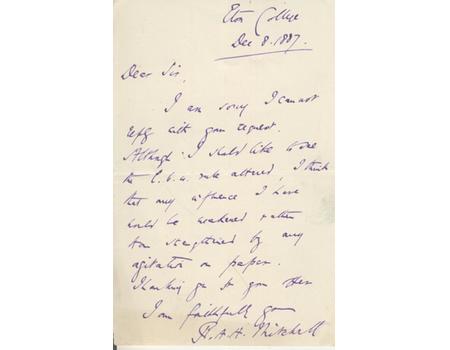 Handwritten single-sided letter, dated December 8th 1887. In the letter Mitchell states that he would "like the L.B.W. rule altered" but was reluctant to put this on paper for fear of weakening his influence. Mitchell was the very influential master in charge of cricket at Eton from 1866 to 1897 and was also an accomplished amateur cricketer. During the 1880s cricketers had increasingly used their pads as a second line of defence and many at the time were keen on developing the rules to deter this.