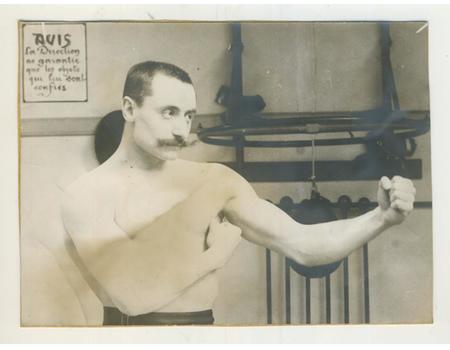 Original photograph of a boxer from the LeClerc Brothers' Salle, circa 1890. In 1884 Leclerc replaced Charles Lecour as the Principle Professor of the School of French Fencing and later established his own "Salle de Boxe" at 15 Rue de Richelieu, Paris. He was eventually succeeded by his son, Georges.