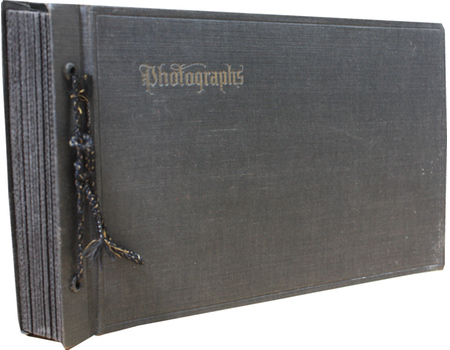 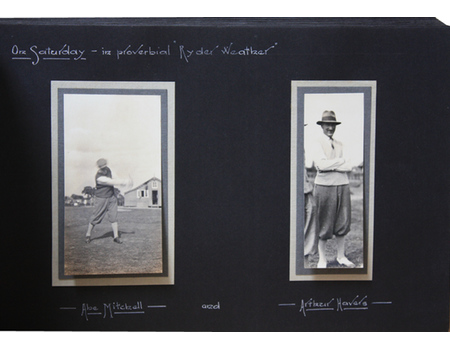 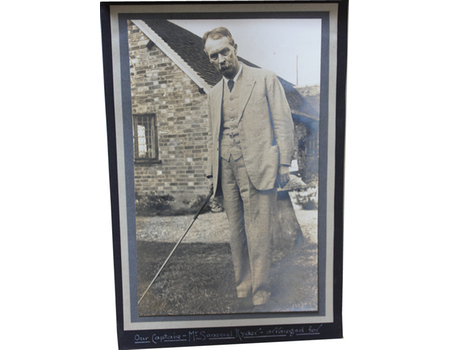 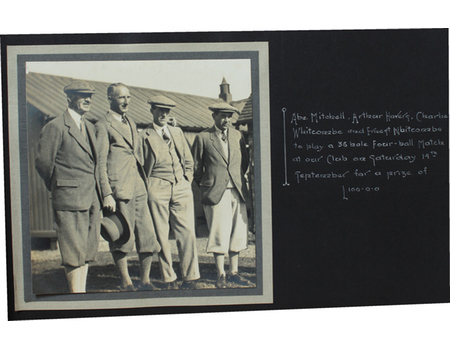 Titled "A Souvenir of A Week-end in the Life of the Lady Captain of the Stratford-on-Avon Golf Club". Samuel Ryder became an aficionado of golf in 1907 at the late age of 49 after illness left him unable to compete in his first love, cricket. He was highly taken with the game and as a prominent and successful businessman and civic leader in St. Albans was in prime position to give back to the game, which he did for the rest of his life, sponsoring tournaments and also individual competition matches. He also put up prize money in order to help British professionals who, although at the top of their game, were not in a financial position to be able to compete on a level playing field at the open competitions with the better supported Americans. As noted by Peter Fry in his Biography The Man Behind the Ryder Cup (p. 131) such a competition match was played at Stratford-on-Avon (where Ryder had just been made Club Captain, having just completed his second term of captaincy at his home club of Verulam) on the 14th of September, 1929 between filial champions Ernest and Charlie Whitcombe opposing Abe Mitchell and Arthur Havers, who was an 11th hour stand in for George Duncan, with a prize of £100 put up by Ryder. This photo album is a record of that day and the other matches played on the same weekend. It was compiled for and dedicated to Ryder by the Club's women's Captain, Phyllis Moore. Along with her sister Molly and 2 other women members of the club, they partnered the visiting champions and played  two four-ball matches on the Friday afternoon. Action shots and some portraits are neatly presented and captioned in a delightful hand that records memories of the action on and off the course. On the Saturday the competition match takes place with the ladies caddying for their partners of the previous day. The same captioned action shots in greater detail. A lunchtime break is documented with candid shots of Ryder and the other players taking coffee on the forecourt of the clubhouse accompanied by familiar and conversational notes on the various figures' behaviour and appearance. This section followed by an excerpted article on the match from the Birmingham Post. On the Sunday the champions played again with local club members. More action shots and a larger shot of Ryder watching a putt with keen interest are followed by the scorecards of Abe Mitchell and Charlie Whitcombe with their names apparently filled in their own hand. A group photo of the Whitcombes and Havers at the railway station as the brothers and Mitchell were off to play in the News of the World tournament which Mitchell went on to win. Two signed photos of Havers to the rear.

Landscape album, 47 single sided leaves. 57 original photographs all mounted on light and dark grey paper. 8 newspaper extracts and 2 completed scorecards mounted likewise. All items and mounts in very good plus condition. Captions, descriptive passages and decorative embellishments handwritten in white on the black leaves. The whole bound in a standard black photographic album with the original cord. A stunningly preserved and unique piece of golfing history.