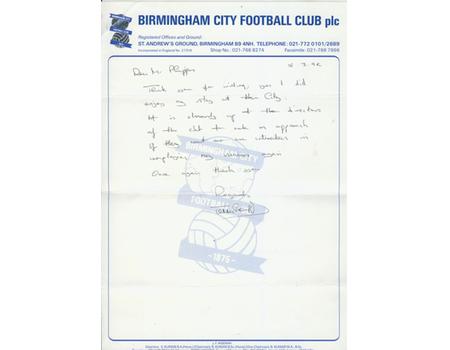 Handwritten letter on Birmingham City Football Club paper, dated March 1992. In it Cooper talks about enjoying his stay in the city and stating that it is up to the directors to make an approach if they would like to employ his services again. This probably refers to Exeter City, who he had managed previously and was to do so again.