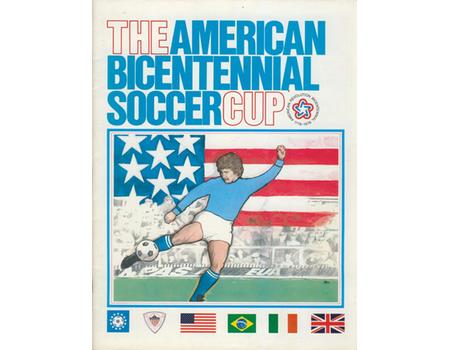 Football (soccer) tournament organised to mark the 200th anniversary of American Independence. The four teams were Italy, Brazil, England and Team America - Italy and England had failed to qualify for the European Championships and so were available. Team America was made up of players from all nationalities in the North American Soccer League, and included Pele and Bobby Moore. George Best was included in the programme but did not play. Brazil won the tournament.