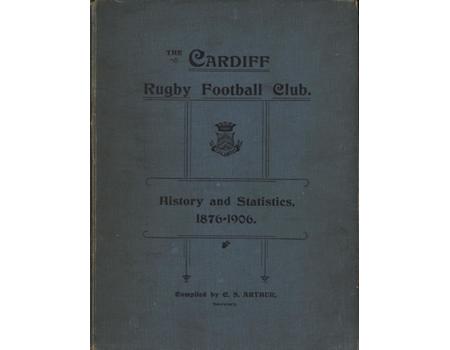 The earliest history of the club, which began life as the Glamorgan Football Club in the season 1873-74. Perhaps the most notable aspect of this books is the amount of rare portraits of early Cardiff players that appear. Many are found nowhere else. Each season is covered in good detail, outlining the players, lists of club officers, fixtures, and match reports for the bigger games.