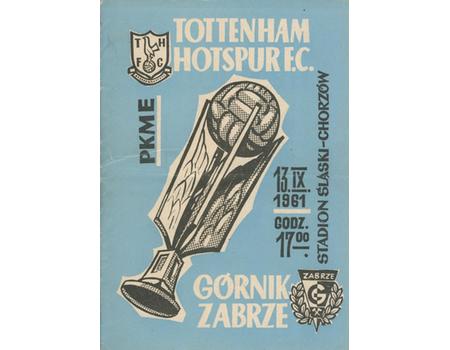 Official programme for the European Cup preliminary round match, played in Zabrze (Poland) on September 13, 1961. Gornik won the match 4-2 but lost the tie 5-10 after being on the end of an 8-1 thrashing the following week in north London. This was Spurs' very first match in European competition - they went on to lose to Benfica in the semi-final.