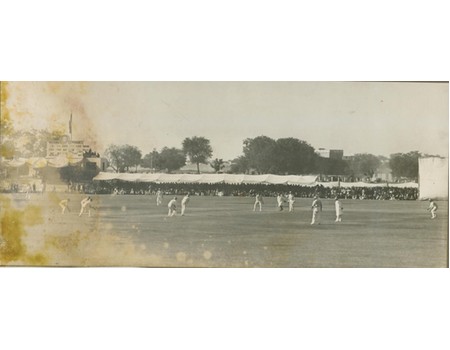 Original photograph of the match bewtween the Viceroy's XI and the touring MCC team, played in New Delhi on November 21-23, 1933. Jardine captained the team and here he is seen batting on day two alongside Bryan Valentine during their sixth wicket partnership of 216.

12.5 x 29cm. The photograph is laid down to board. Some dampness/browning to left side, affecting about one quarter of the image, but not the central scene. A very rare photograph taken on the first England cricket tour after the "Bodyline" series.