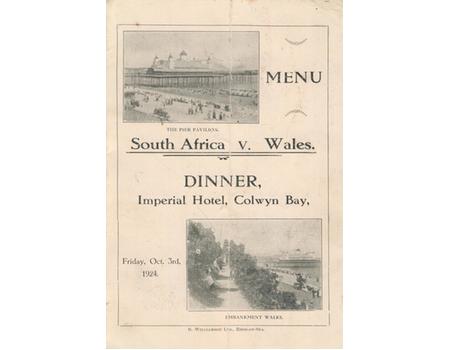 Menu card for a dinner held at the Imperial Hotel, Colwyn Bay on October 3rd, 1924 - the night before Wales played South Africa in what was the tourists' second ever international match (after defeating Ireland 10 days before). Wales won the match 1-0.