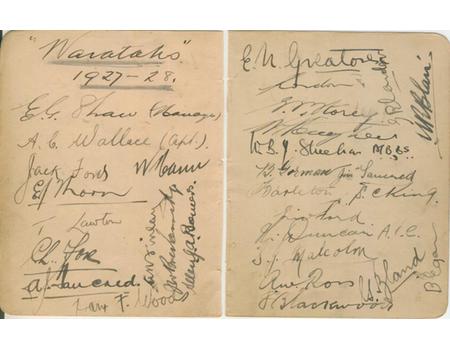 Two album pages signed by 29 players and the manager of the New South Wales "Waratahs" rugby tour of the British isles in 1927-28. These include Wallace, Lawton, Fox, Finlay, Blackwood and Thorn. The autographs were collected in Newport, probably before the match at Rodney Parade on September 22nd 1927. The sheets do not seem to be signed by Towers and Judd but instead include two players - B Gorman and one other (unidentified).