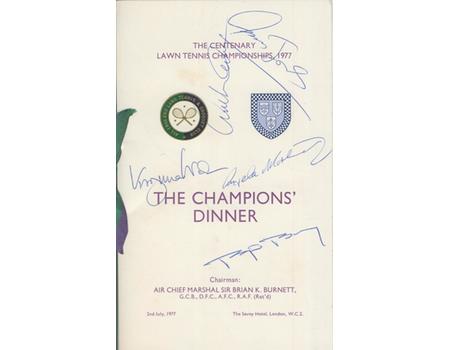 Menu card for the first Wimbledon Champion's Dinner, held at the Savoy Hotel on July 2nd 1977.

21 x 13cm. 4pp, held together with ribbon. Signed to the front by the singles champions Virginia Wade and Bjorn Borg, and by Arthur Ashe, Angela Mortimer and Ann Jones. Mortimer and Jones were the last two British Wimbledon singles champions. A very rare and collectable piece of British sports memorabilia.