Cricket » Cricket Books » Cricket History » ANNALS OF CRICKET. A RECORD OF THE GAME COMPILED FROM AUTHENTIC SOURCES, AND MY OWN EXPERIENCES DURING THE LAST TWENTY-THREE YEARS

ANNALS OF CRICKET. A RECORD OF THE GAME COMPILED FROM AUTHENTIC SOURCES, AND MY OWN EXPERIENCES DURING THE LAST TWENTY-THREE YEARS 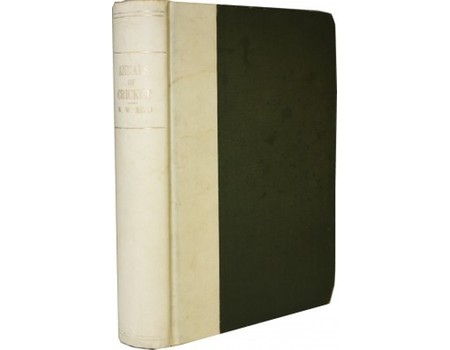 The author played for Surrey from 1873 to 1897. In 1888 he scored 338 against Oxford University, at the time the second highest first-class score ever made. He was a member of the sides that won the County Championship in 1890-2, 1894 and 1895 and captained England in two Test matches. This book is a major source of material for anyone interesting in the county game during the latter part of the 19th century, with good chapters also on Hambledon, club cricket in Surrey, early matches at Lord's, gambling, public school cricket, and much more.