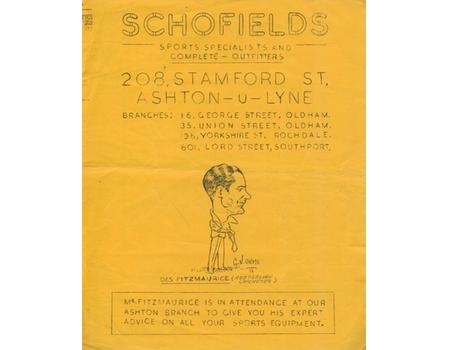 Cricket programme for a match played at Ashton-Under-Lyne on August 19th, 1951. The teams were made up of players from the Lancashire leagues and included many well-known cricketers. Bill Alley and Des Fitzmaurice (both Australian) were the captains, and others included CS Nayudu, Polly Umrigar, AE Watts, George Tribe and John Pettiford.