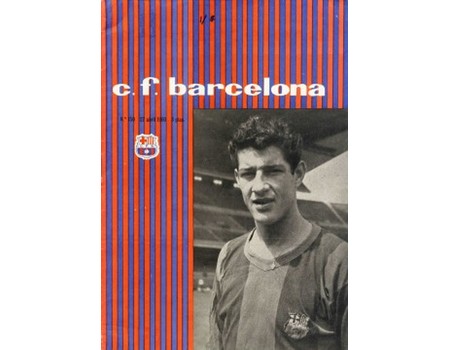 Official programme for "El Clásico" 1959/60 European Cup Semi-Final, second leg, between Barcelona and Real Madrid, played at the Camp Nou, Barcelona. Madrid won 1-3 in front of 80,000 spectators with two goals from Puskas. They had also won the first leg by the same score line to reach the Final where they demolished Eintracht Frankfurt 7-3 in one of the greatest club performances ever seen. It was Real Madrid's fifth consecutive European Cup title.