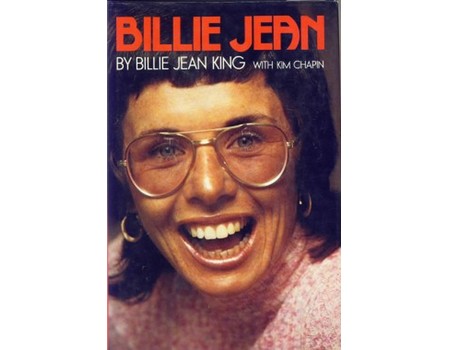 First Edition. 8vo. 208pp. 16 pages of photographs. Some notes and under-lining in biro to the text, mainly marginal. Dust-wrapper, fine. Inscribed and signed by King to the fly-leaf: "To Gail, Thanks for the fun on the morning show. Good luck to you and happiness always, Billie Jean King".