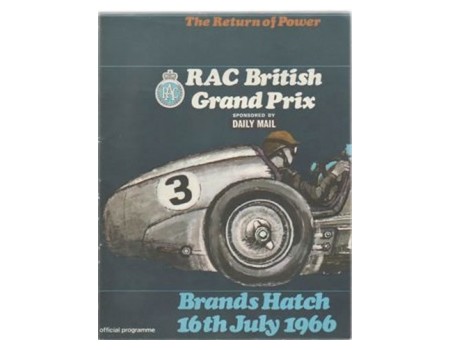 Official programme for the R.A.C. British Grand Prix held at Brands Hatch, 16th July 1966. The race was won by the Australian driver, Jack Brabham, in his own Brabham car from his teammate, Denny Hulme, and he went on to win the Formula One World Championship (for the third time). British drivers Graham Hill and Jim Clark were third and fourth.