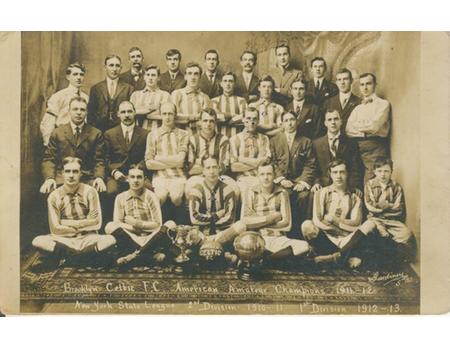 Photographic postcard of the Brooklyn Celtic team of 1911-12 after they had won the American Amateur Football Association Cup. They were formed in 1910, won the 2nd division of the New York Amateur Football League in 1910-11 and the 1st division from 1912-13 to 1916-17. The title underneath the image mentions the win in 1912-13 so it must have been printed then (perhaps while they were still holders of the Amateur Cup).