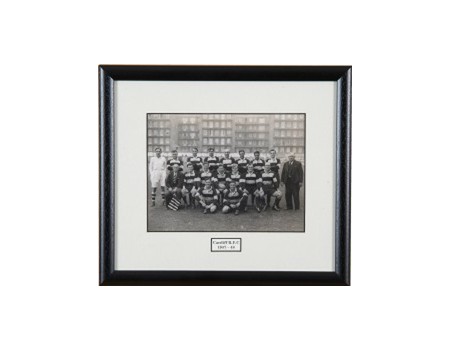 Original black and white Press photograph taken during what many regard as Cardiff's greatest season. They won 39 matches (losing only 2), defeated Australia 11-3 and Bleddyn Williams scored an amazing 41 tries, to beat the record held since 1893. This great team, captained by Haydn Tanner, contributed 10 players to the national team.

Overall size 28 x 32cm. Mounted, framed and glazed. Some creasing and light surface scuffs, which detract little from the image.