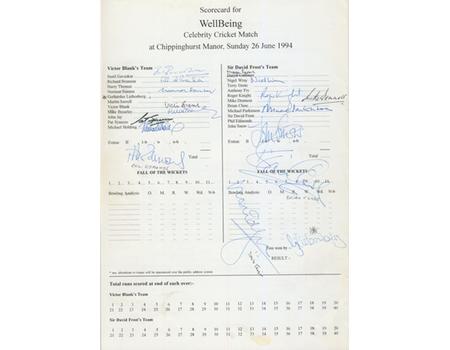 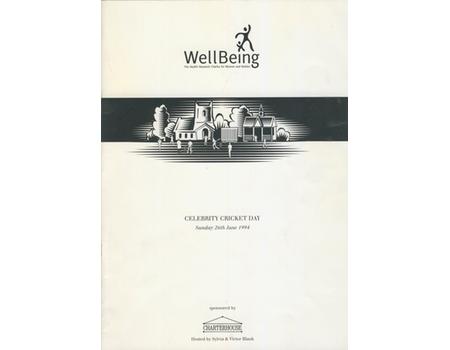 Official programme for the Celebrity Cricket Day, held to raise money for the Wellbeing of Women charity at Sir Victor Blank's home in Oxfordshire on June 26th, 1994. Contains full list of guests, menu, scorecard etc. Signed to the first page by Rosie Barnes, Director of Wellbeing, and to the centre page by Robert Runcie, who was one of the umpires for the day. Signed on the scorecard page by 16 players, including the odd opening partnership of Sunil Gavaskar and Richard Branson. Also signed by Norman Sanson, Victor Blank, Mike Brearley, Pat Symcox, Michael Holding, Phil Edmonds, Nigel Wray, Roger Knight, Mike Denness, Michael Parkinson, John Snow, Brian Close, David Frost and Gerhardus Liebenberg.