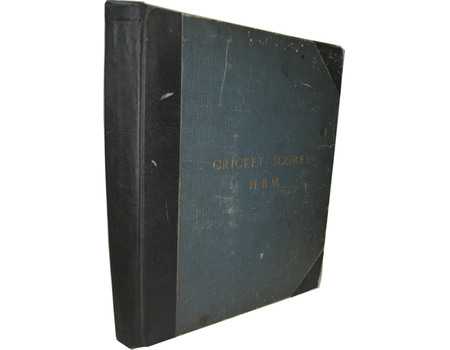 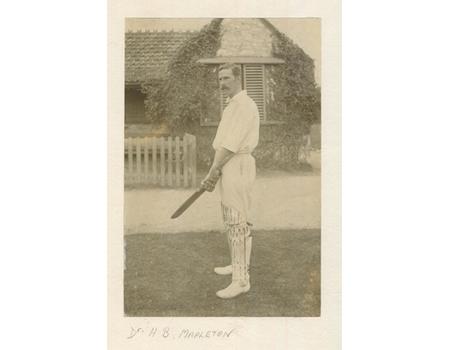 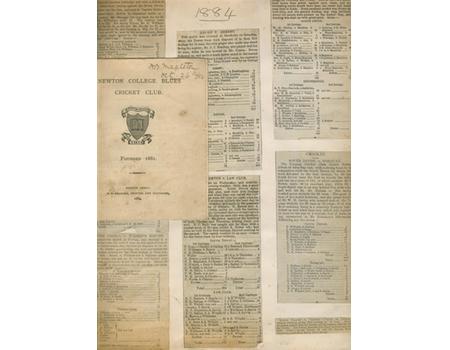 Late Victorian album compiled by Dr. H.B. Mapleton and mainly covering his cricket career in Devon and at Edinburgh University, where he trained as a doctor in the early 1890s. Includes (in rough order) a very nice photograph of the doctor in cricket pose; a list of all his cricket centuries scored; cricket score cards (all cut from local publications) covering his career up to 1903; scores and accounts of matches he played while at Edinburgh University between 1899 and 1894; two small cricket photographs; report on the death of W.G, Grace in 1915; and many articles written by the doctor on local medical issues, but also on football etc. The first half of the album covers cricket and the second half (after WWI) covering other aspects of his life in South Devon - he was the medical officer for health in the Newton Abbot area and surroundings. There are a number of photographs of different groups etc in the second half of the album (not necessarily sports related, although a few are).

Dr. Mapleton was obviously an accomplished cricketer, scoring a century for Clifton College against Sherborne in 1882 before going on to represent Oxford University Freshmen, South Devon, Exeter, Bovey Tracey, Teignbridge, Torquay and Devon CCC in 1884. In 1899 he moved as a student to Edinburgh and there are a number of pages covering this period (up to 1894), including matches for the University, East of Scotland, Northern Rovers (tour to Holland in 1889) and a certificate from the Royal College of Surgeons, Edinburgh in 1890. After University he seems to have returned to Devon where he became an integral part of the newly formed Newton College Blues Cricket Club (Newton Abbot) and much of the remainder of his career was for Newton Blues or South Devon. He scored 24 centuries between 1880 and 1903. It is possible that he was abroad between 1903 and 1912 as no mention is made of this period, picking up again with some cricket scores for Newton College in 1912 - he scored 98 for them in August 1912.

4to. Blue cloth-covered boards with gilt title to front. Generally the album and its contents are in very good condition. A fascinating record of the time.