Golf » Golf Books » Golf Biographies » A GAME OF GOLF: A BOOK OF REMINISCENCE

A GAME OF GOLF: A BOOK OF REMINISCENCE 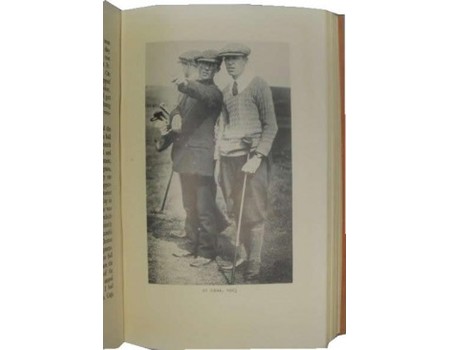 Francis Ouimet (1893-1967) was one of the first great American players. In 1913 he shocked the golf world by beating Harry Vardon and Ted Ray to win the US Open while still an amateur. In 1931 he won the Amateur Golf Championship of the United States at Beverley. In essence, he was at thye forefront of American golf from about 1910 onwards. The introduction is by Bernard Darwin, his great friend.