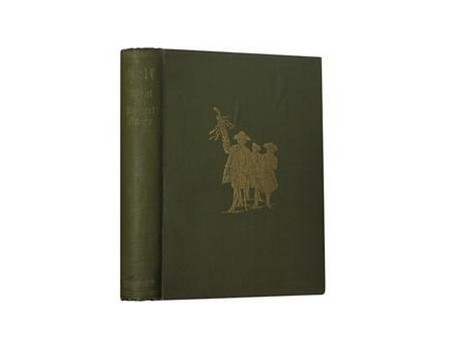 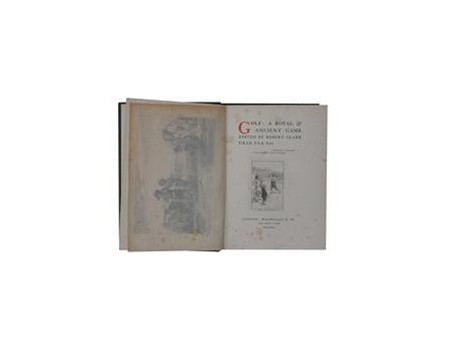 The author was an Edinburgh printer and enthusiastic golfer who became interested in collecting early writings of golf. The first edition was published in 1875 and was apparently limited to 200 copies, 50 of which were numbered, special editions. Moreover, he further tempted the collector by binding up a few "Presentation" copies, how many no-one knows exactly, though Hopkinson refers to "a few" while other sources mention a figure of 12. What is clear, and what Murdoch wryly points out his 1987 bibliography, is that "if you have one of the 'First', you have a prize; if you have one of the 'Presentation', you do not have to worry about educating your children". In addition, further editions were published in 1899, 1975, 1984 and 2005. This 1893 edition is notable for its numerous and charming engraved head and tail pieces and initial letters, by Clark Stanton and C.A. Doyle.

Ex. libris Graham Hunter Foundation, Inc., Restenneth Library, Forfar, Scotland, hence book-plate pasted-in on front pastedown. Graham Hunter was the second son of William George Hunter, who sold the Burnside Estate in 1881-3. He enjoyed a successful business career in Canada and USA. in the 1960s he acquired land at Restenneth and, in 1972, built a library for his collection of Scottish history books.