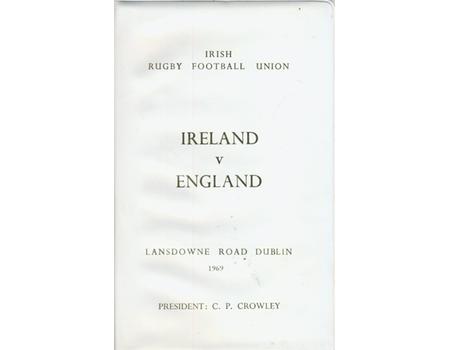 Official programme for the Five Nations match played at Lansdowne Road on 8th February 1969.  This match saw the debuts of Duckham and Spencer. Though Duckham later played on the wing, they are believed by many to be England's greatest centre pairing.

This is a rare VIP programme in a white plastic cover with gilt titles to the front. From the collection of the late Dudley Kemp, President of the Rugby Football Union in 1969-70.