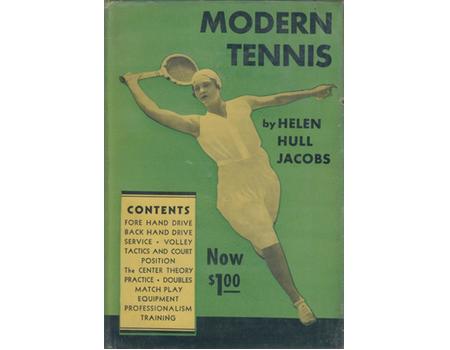 Tennis book. Jacobs (1908-97) was a world No.1 American tennis champion who won 10 Grand Slam titles in the 1930s. In 1933 she became the first woman to break with tradition by wearing men's shorts at Wimbledon.