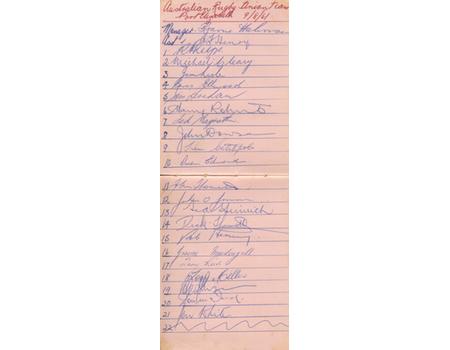 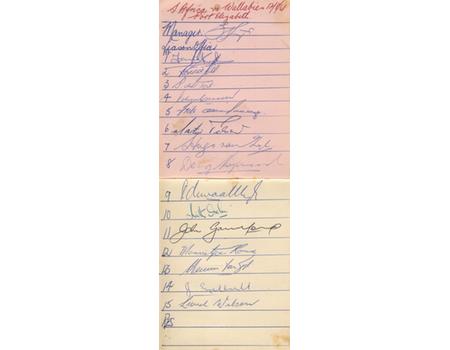 Two album pages, signed by the full Australian rugby touring party that travelled to South Africa in July and August 1961 and the full South African team that played in the second Test at Port Elizabeth on August 12th 1961. The Australian autographs include all 21 playing members plus two coaching staff, including Catchpole, Cleary, Lenehan, MacDougall and White. All fifteen South Africans have signed (plus the manager).

The first 8 South African autographs are on the back of the sheet containing the last 11 Australian players. Each sheet 14 x 10cm. All autographs are in ink and in very good condition.