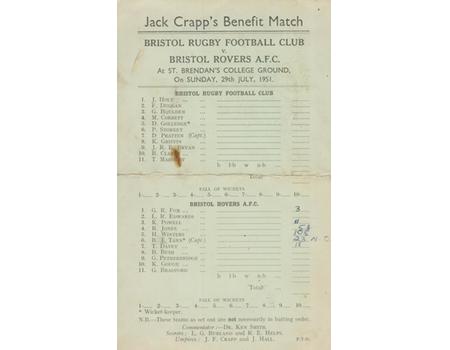 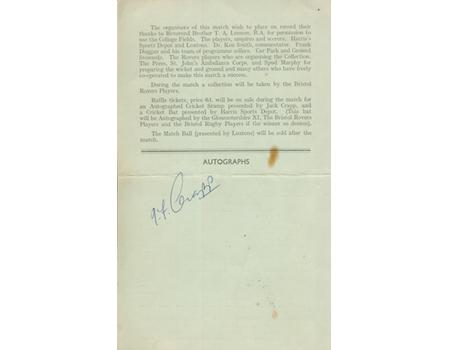 Cricket scorecard for the match between Bristol Rugby FC and Bristol Rovers AFC, played at St. Brendan's College Ground on July 29, 1951, as a benefit match for Jack Crapp, the Gloucestershire and England cricketer. The scorecard is partly completed, showing that Winters scored a century and R Jones a fifty for Bristol Rovers. Jack Crapp was an umpire in the match.