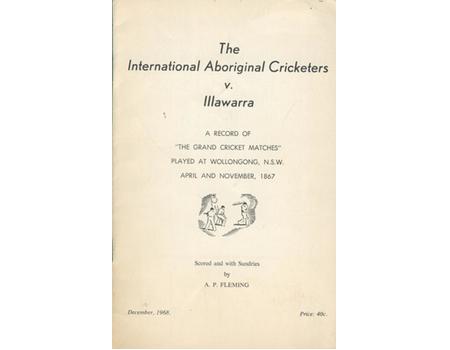 A record of "The Grand Cricket Matches" played at Wollongong, New South Wales, in April and November 1867. These matches were played prior to the Aboriginal Cricketers tour to England in 1867-68.