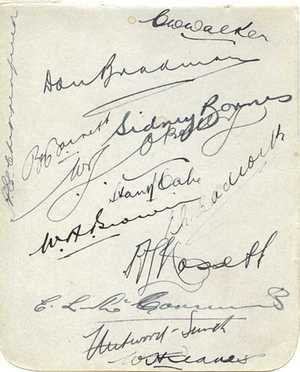 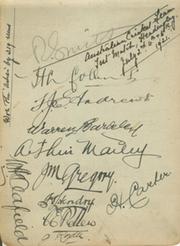 Album page. Signed in&nbsp;ink by 10 members of the Australian touring team, collected during the Headingley Test match of 1921, when they won by 219 runs and so secured the Ashes. The signatures are Hendry, 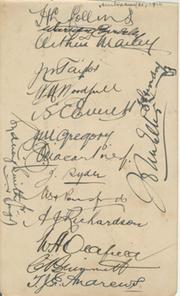 Album page, signed in ink by the full Australian cricket squad of 16 that toured South Africa in 1949-50. This includes Hassett, Lindwall, Harvey, Miller (who joined the tour after Johnston was injured),

Printed card with individual boxes, signed by the 15 living cricketers who had scored over 300 runs in an innings in and/or for England between 1940 and 1990. The only ommission is Harold Gimblett, who

Printed card with individual boxes, signed by the 24 living cricketers who had taken over 200 Test wickets as of June 1991. The only ommission is Clarrie Grimmett, who had died by this time. Autographs 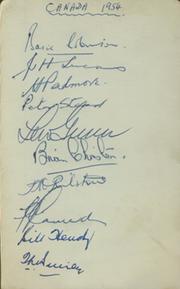 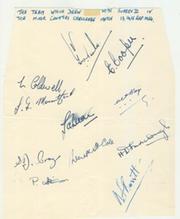 Three album pages, signed&nbsp;in red ink by&nbsp;14 members of the&nbsp;England cricket team that toured South Africa in 1964-65 and by the South African team that played in the 5th Test at Port Elizabeth. 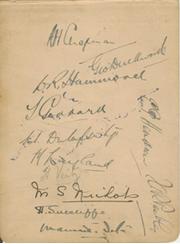 Small album page. Signed nicely in ink by the England cricket team that played India in the 4th Test match at The Oval in 1952. These are Hutton, Sheppard, May, Evans, Bedser, Trueman, Watson, Graveney, 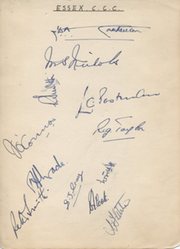 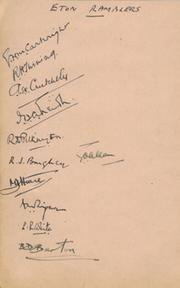 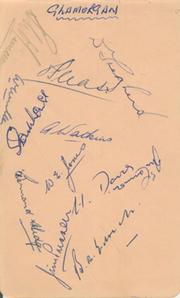 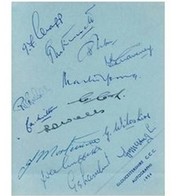 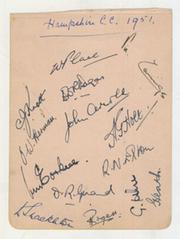 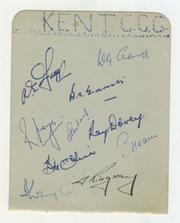 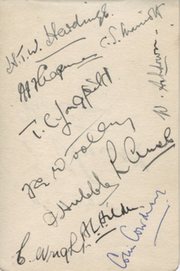 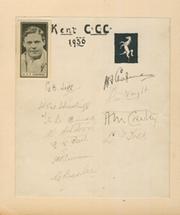 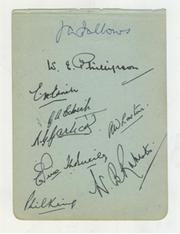 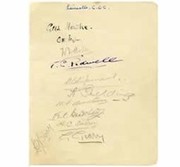 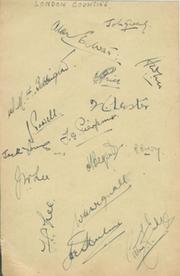 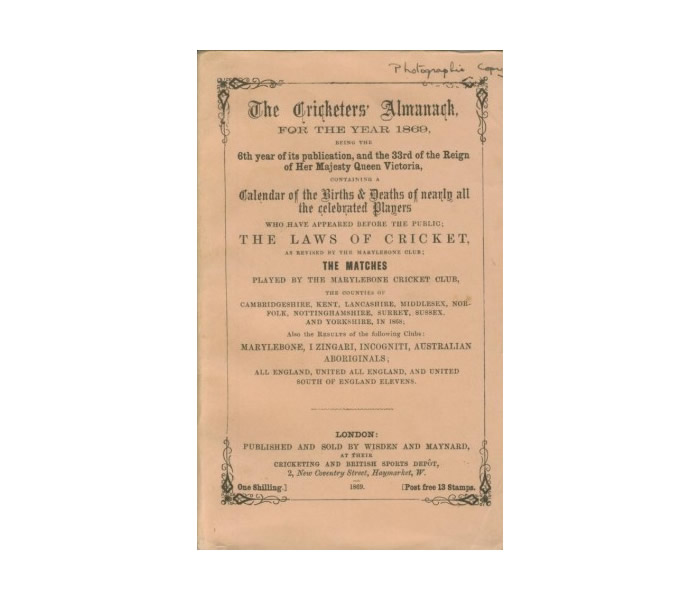 Headed notepaper (Essex CCC), signed by the full Middlesex team that played Essex on August 16-18, 1939. Middlesex won by 5&nbsp;runs thanks to a remarkable 8-62 by JM Sims in the second innings. The players