When we sent out our first New Stock Catalogue of the year, we realised it had been a while – too long! – since our last one in September. We reflected on the sporting legends we had lost just since September – way too many. We thought we’d like to make at least brief mention […] More…

We have been contemplating the huge job in front of King Charles III. We reminded ourselves what an able man he has shown himself to be over the years. Us being us, we looked to sport for the clues. We all know what a great polo player and general equestrian he was. We’ve seen him […] More…

How proud would these pioneers of women’s football from 1918 be to see England’s Lionesses perform in the Women’s Euros 2022?! When this Scottish women’s team played in 2018, they would have rightly believed they had already come far. Despite attempts to set up and build up women’s football in the nineteenth century, it was […] More…

It’s just not cricket…or is it? Cricket as a sport has always been seen as one steeped in good manners. In recent years, however, we have all lived through incidents of ball tampering and match fixing in recent cricket matches. Is this a recent phenomenon? Or despite cricket’s gentlemanly reputation, has cunning behaviour been a […] More…

Two huge cricket records at the Oval smashed  by two different cricketers and best friends in the last Test match before one of them retires from international cricket…it reads like a plot of a corny cricket novel. But, as we all know, James Anderson and Alastair Cook made it happen in the latest Test match, […] More…

How many male footballers can be described as an England World Cup Winner?! Very few, but Ray Wilson could. An England player, who started his career with Huddersfield Town, Wilson died a few days ago at 83. He was a quiet, modest, key member of England’s 1966 winning football team. England’s men’s football team winning […] More…

When we sent out our first New Stock Catalogue of the year, we realised it had been a while – too long! – since our last one in September. We reflected on the sporting legends we had lost just since September – way too many. We thought we’d like to make at least brief mention of a few of them here.

They come from so many different sports – boxing’s Gerrie Coetzee from South Africa, formula one’s Patrick Tambay from France and our own horse racing commentator, John Hanmer to name a few. Sadly they were joined by Ryder Cup golfer, Barry Lane, cricket’s Robin Marlar and Jeremy Lloyds, and David English, who raised £14 million for charity through the Bunbury Cricket Club. We lost Maurice Norman, part of the Double-winning Tottenham Hotspur team of 1960-61 and Brian Robinson too, the first British cyclist to finish the Tour de France AND win a Tour Stage.

Two great titans of rugby left us too: David Duckham and Doddie Weir. Duckham gained 36 England caps and was part of the revered British Lions squad, who beat the seemingly undefeatable All Blacks in 1971. Scotland’s Doddie Weir also starred with with the British Lions before he was tragically diagnosed with Motor Neurone Disease in 2016. By the time he left us in November, his foundation had raised £8 million for MND research.

All these sportsmen were tremendous and we are honoured to remember them. They were also joined by 3 huge sporting legends: England’s World Cup star, George Cohen, Italy’s Gianluca Vialli and Brazil’s incomparable Pele. 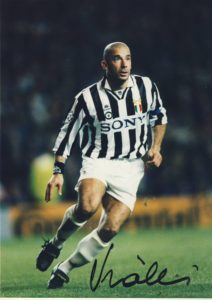 George Best called England World Cup winner, George Cohen, “The best full-back I ever played against”. Cohen spent his entire career in football at Fulham. One could almost describe Gianluca Vialli and Cohen as footballing ‘neighbours’.  Vialli  was an extremely talented footballer, who played for Italy in 2 World Cups. It was arguably at Fulham’s neighbouring club, Chelsea, however, that he left his most indelible stamp. As a beloved player-manager, he helped Chelsea win the FA Cup, the League Cup and the Cup Winners’ Cup.

All of these sportsmen have been phenomenal throughout their respective sporting careers…but when it comes to sporting legends, it is hard for anyone to come close to the late and great Pele. He began his professional career at 15 and made his international debut a year later. He won 3 World Cups as a player over a 14 year international career. In 1999 a poll of Ballon d’Or winners voted him player of the century. He was. We salute him and we salute them all. 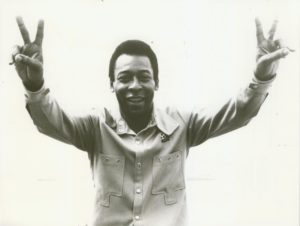